Written by Huang Xuhua, Class of 2011. She obtained her Masters (Acupuncture & Tuina) from TJUTCM in year 2015, worked thereafter as a TCM physician in Singapore for 3 years, and is now doing her first year PhD (TCM) at TJUTCM.

This article describes the views of China’s TCM Great Master, Professor Wang Qi, on the importance of TCM theory innovation and the ways to go about doing it. The seminar was held on 16 October 2018 in Tianjin University of TCM. Contents of this article are translated off the presentation slides of the seminar. Readers interested in the original presentation slides may obtain it from the writer through CMAA.

1. The need for TCM theory innovation

The current state of TCM’s survival depends much on TCM theory innovation to stay onboard. Currently, TCM hospitals in China see a total of 4.38 billion patient visits, accounting up till about 17.5% of the total number of patient visits in all hospitals within China. Also, about 70% of the total income in TCM hospitals in China comes from their western medications and services. As seen, TCM services are not exactly faring as well as compared to their counterparts.

As a medical science, TCM also has its unknowns. In terms of TCM etiology and pathology, diseases causation is almost always attributed to external pathogenic factors (六淫) and internal pathogenic factors such as harmful emotions, improper eating habits, etc. Little is known about the physical, chemical, biological, and genetic aspects of diseases causation. For example, there are currently more than 6600 types of monogenic disorders such as colour blindness, haemophilia, albinism etc, and this number is increasing by 10-50 each year, but TCM is currently lacking the theoretical explanation for such diseases.

In terms of disease classification, TCM theory has unclear classifications of many clinical diseases. The TCM etiological and pathological standpoint of different diseases is insufficient to distinguish the unique characteristics of each disease.

The spectrum of diseases has changed over time and new clinical problems have emerged, but the basic theory of TCM has not developed accordingly. TCM theory lacks newly refined theoretical generalization based on new clinical facts.

Over the past 100 years since the Republic of China, new theories output in TCM has not significantly increased in value and volume. Only the 9th edition of “TCM Basic Theory” has “TCM constitutions” added to it. From the end of Qing Dynasty till now, TCM textbooks have seen new developments when compared with traditional TCM theories. Firstly, TCM textbook mediums have been changed from classic to modern Chinese language. Secondly, a division of TCM theory for modern day significance has been formed. Thirdly, integrated Chinese and Western medicine theory has been incorporated into TCM textbooks.

As seen, the construction of sub-disciplines from the TCM theory system awaits further strengthening. The branching out of a discipline marks the maturity of one’s theory. Hence, in the development of TCM, theoretical innovation is necessary for cultivations of new TCM disciplines.

The foothold of ideology is theory, which branches out and lead through the times.

Key to the gold of Chinese civilisation

TCM is the accumulation of profound philosophical wisdom and thousands of years of healthcare knowledge and its real-world experiences, and is considered the key to the treasure of Chinese civilization. Further developments and scientific summarization of TCM helps enrich global medical industries and promote life sciences researches.

There has been an over-emphasis on “辨证论治” (which means to administer treatment based on syndrome differentiation), and as a result, the importance of diseases diagnosis and TCM constitution differentiation during treatment is overlooked. It is noted that in TCM classics, disease comes first before syndrome.

Fading out of certain TCM theories

Certain TCM theories such as “五运六气” (a study of the universal flow of the five TCM elements in accordance to the six periods within each season) and “子午流注” (a study of TCM that involves taking the time of the day into consideration while administering treatment for its best effect) have been fading out from practice over the years. This is due to the lack of funding and support from China in these fields of research, and also the lack of researchers interested in these areas. Hence, the survival of such theories depends much on its spontaneous research.

The disease spectrum has been increasing over the years as new clinical phenomena floods in, but TCM theories remain firmly grounded to the pre-existing theories. For example, aplastic anemia, iron deficiency anemia, thalassemia, megaloblastic anemia, and various blood disorders are classified as “blood deficiency” in TCM, but this hardly relates well to modern clinical practice.

Although the basic theoretical system of TCM stretches into a long river of history, it appears very slow when compared to the vigorous advancement of the modern scientific system. Some people term this phenomenon as the “super-stable structure” of TCM, which results in the lag between TCM and modern medicine, where the latter timely keeps up with scientific advancements.

Looking back into the academic development of TCM theory, certain academic problems are not resolved with core investigations or actual evidence presentation, but rather through TCM Classics citations from various academics. As a result, no conclusions can be arrived upon when research discussion is replaced by academic citations, or where actual evidence is replaced by superficial ones.

Certain TCM theories have been proven by western medicine research. For example, the human biological clock as per western medicine can be correlated to the TCM cyclical pattern of the human body in accordance with time. Another example would be the article “The lung is a site of platelet biogenesis and a reservoir for haematopoietic progenitors” which reflects the TCM physiology of lungs as an organ which all blood vessels converge into. 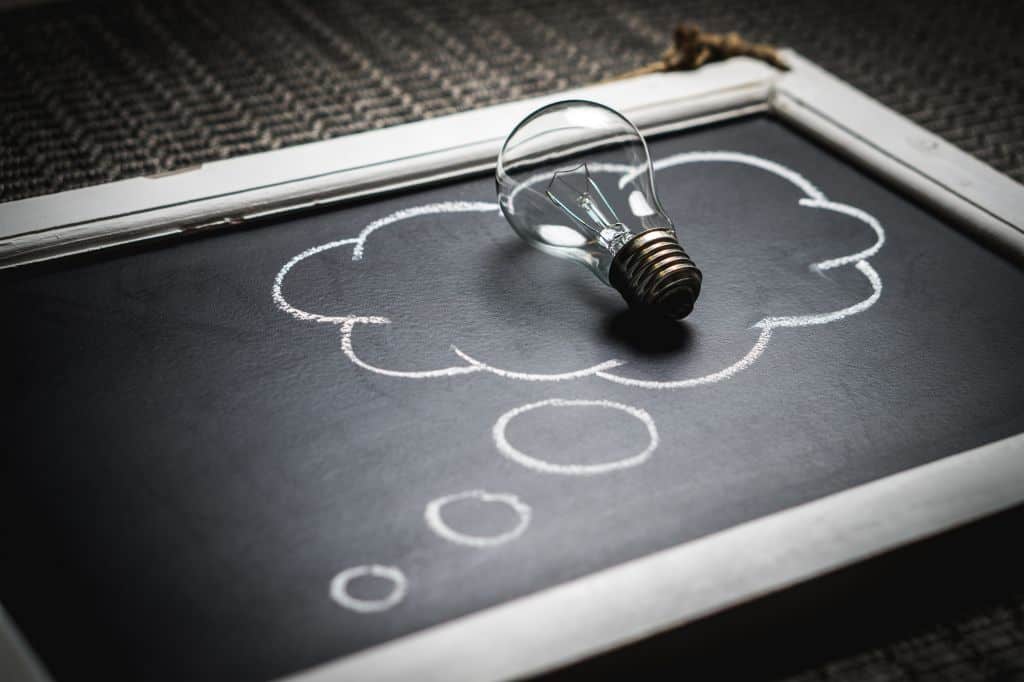 3. How to go about with TCM theory innovation?

TCM theories formed under present conditions should now have sufficient support from modern scientific experiments. For example, the analgesic principle of acupuncture is explained with endorphin secretion in the hypothalamus, which acts on nerves, resulting in local analgesia.

Therefore, innovations in TCM theory needs to be anchored in its traditional theoretical core and be subjected to modern interpretation, so as to adapt to the changing needs of time and to enhance its self-worth.

There are three levels to TCM theory: one that can influence the entire TCM academia and become a theoretical pillar of TCM, another that has academic influence in a particular field or discipline branch, or one that provides theoretical understanding of a particular disease, its syndrome treatment and prescriptions.

With respect to western medicine, the understanding of erectile dysfunction (ED) has been evolving over the years. For example, in 1960s, ED was attributed to psychological problems and patients were administered psychological treatment; in 1970s, low hormonal levels were found to be a cause of ED and hormonal therapies were administered in its treatment; in 1990s, the treatment of ED was newly targeted at insufficient blood supply to the penile cavernous bodies, which resulted in the use of Viagra; and in modern times, researchers are currently looking at genetic repair in the treatment of ED. In TCM, ED is attributed to kidney-deficiency since the past, but TCM scholars have proposed to treat impotence from the liver.

Another TCM Great Master, Lu Zhi Zheng’s view on the above: Prof. Wang Qi creatively puts forward the original thinking mode of TCM as “取象运数，形神一体，气为一元”, which explains the cognitive characteristics of TCM theory and its internal regulations from a scientific viewpoint. It reflects on the process of cognition and affirms the thinking mode of TCM clinical activities, which significantly guides the development of TCM. This is different from the reductionist model of human medical science based on anatomy, biochemistry and physiology, but instead, shows the holistic thinking of man with nature, and man with himself.

“Constitution-disease-syndrome differentiation” is a comprehensive TCM clinical application of the diagnosis and treatment approach, based on the theory of “correlations between body constitution and disease” and “adjustable body constitution”. It is also based on grounds of the internal relationship between constitution, disease and syndrome.

The development of a discipline needs the constant development of new ideas, new theories and new schools of thoughts to stay innovative. For example: “TCM Andrology” published in 1982 was deemed to be the foundation work of its discipline. Prof Wang Qi published “Wang Qi Andrology” in 1997 (revised in 2006), a book which expanded the original 40 types of andrological diseases to 165 types.

The element of “conservation” and “change” should be handled well in the innovation of TCM theory.

“Conservation” can better drive the development of TCM in future medicine. Only through the conservation of TCM’s matrix and its main body will TCM be able to realize its autonomy and run its own fate. Otherwise, TCM will lose its personal trademark and risks the fate of elimination.

For a traditional culture to come alive, live brilliantly, and to survive through times, it has to be interpreted in a modern way, injected with vitality, and be presented in a way understood and accepted by people of the current times. For example, Mr. Cai Zhi Zhong injected life into traditions through the presentation of Confucius teachings and Lao Tzu teachings in comic forms.

In conclusion, TCM theory needs innovation and the production of new theories so as to enrich its connotation over times and its modern forms of expression, resulting in a new form of TCM theory.

PS: I’m sure we have also entertained thoughts about the inadequacy of TCM theories in current times, but attribute it to our personal lack of knowledge in this discipline, and resist the urge to breakaway from traditions. It is heartening to hear from Professor Wang Qi, the overview of this problem, and that the solution is not to breakaway from tradition, but rather to conserve the essentials of TCM, and further develop TCM theories based on evidence and scientific methods. I hope this translated article can provide some food for thoughts on the development of TCM in Singapore.

A team of writers from our alumni.